“The UK, remember, is trying to stake out territory for its great bonfire of red tape”, observes an international trade expert in Matt Reynolds' Wired article.  “Gene editing has pretty much been top of the list.” Change is certainly overdue.  Rooted in the post-war vogue for "atomic gardening" and underpinned since 1992 by a Treaty requirement to apply the "precautionary principle", the EU GMO Directives had long lost their constitutional moorings, as the role of "available scientific and technical data" and "potential benefits and costs of action or lack of action" were marginalised.

The rules were already disproportionately burdensome for the likely risks, when the EU Court of Justice (CJEU) pushed things to the point of absurdity in a 2018 decision penalising precision editing technologies capable of reducing environmental protection, while giving a free pass to techniques adopting a roulette approach.  By exposing a regulatory machine spinning in reverse, the case provided a great political opportunity to those claiming the freedom to replace this backward and bureaucratic EU regulation with world-beating British regulations. As Reynolds writes, "On the very first day of his premiership, Johnson signalled that his government would like to break away from EU laws on GMOs."  But, as he highlights, all is not what it seems.

Indeed it is not. First, the stereotype of the EU was entirely incorrect. Even as the UK launched a "Genetic technologies consultation" on the nation's future GM regulation, the greenest of European Greens were also shouting that the EU Directives weren't working. Charged by the Council of Ministers to review how the Directives have been working, especially in connection with technologies such as CRISPR, the European Commission earlier this year reported doubts as to whether the Directives were even fit for purpose, and moves are now afoot to propose a new GMO regulation with considerable support across the Union. Whether such a proposal succeeds in running the gauntlet of the European Parliament, change is afoot, driven in large part by the Union's commitment to environmental sustainability. Impeding the roll out of genome editing at a time of climate crisis and threatened biodiversity would be both counterproductive and economically reckless.

In any event, whether or not EU law changes, UK crop developers seeking to export into the EEA will have to comply with it: no change in UK domestic law can change the rules of importing states. Indeed, any UK deregulation might favour those importing GMOs or genetically edited organisms (GEOs) into the UK more than those wishing to export such products from it. Actually, the UK position is rather worse than this, because for all the trumpets, the new "UK" laws would only apply in England.  As Reynolds points out, this "poses problems for the eventual sale, transport and tracing of food if the four nations in the UK end up having different GMO laws".

The UK government's response to the consultation was due on 17 June. However, on 11 June it announced it would publish a response "later this summer", possibly to allow digestion of an "independent report" published on 16 June by three Conservative MPs (Theresa Villiers, Iain Duncan Smith and George Freeman) under the acronym "TIGRR." This refers growlingly to "the EU’s hostility to virtually all agricultural genetics" and proceeds as might be expected.  Suffice to say that someone in government is busy responding. Watch this space.

Whatever its domestic significance, the UK exercise will at least provide an interesting exercise for those drafting new EU rules. One important point that the article highlights is the wisdom of dividing GEOs (good) from GMOs (bad).  For example, the favoured UK definition for GEOs, as “possessing genetic changes which could have been introduced by traditional breeding” doesn't reflect the actual risk of traditional breeding, which is not necessarily more benign than GM or GE techniques. For example, "in the 1960s, plant scientists in the US bred a new potato variety that was ideal for making into crisps, but also contained dangerously high levels of natural toxins. The potato had to be withdrawn from the market in 1970."  Moreover, there are some things that GM does better than gene editing: for example, transferring large DNA sequences such as those coding for Omega-3 oils in fish, where genetic recombination (GM) is more effective than genetic editing (GE).

there are some things that GM does better that gene editing 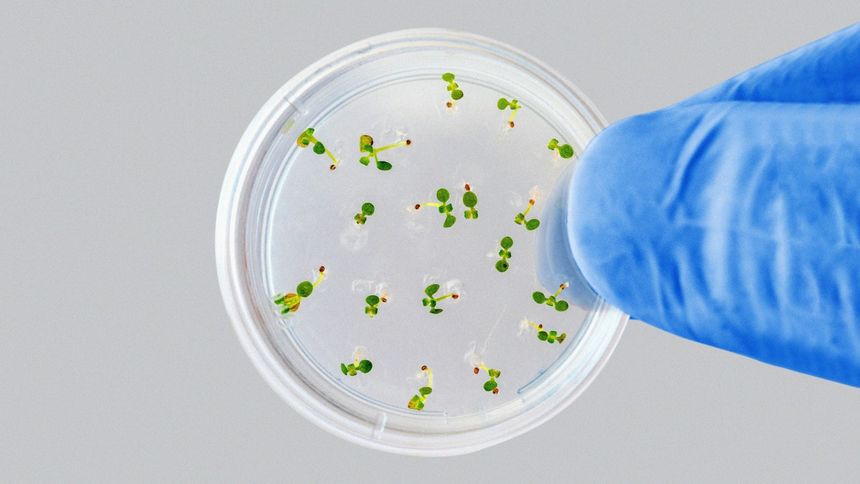