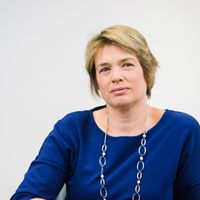 The EU shook the SEP world earlier this week by announcing a plan to introduce legislation (and/or some unidentified 'non-legislative action') to "create a fair and balanced licensing framework". The days of a bottom up approach to FRAND assessments may be about to be replaced by legislation imposed from above (do you see what I'm doing here?).

OK - so that title may be a little misleading...  But when this initiative is combined with recent comments by Chief Economist Pierre Regibeau suggesting that a top-down analysis was crucial for FRAND assessments (see the post by my colleague Luke Maunder here), it isn't outside the bounds of possibility that the EU will seek to introduce guidance on matters such as appropriate aggregate royalty burdens.

Initiatives recently floated by the EU expert group (such as improvements to patent declarations, and a register of SEP licences) may also be on the agenda, given the reference in the press release to transparency.

There is plenty of scope to question the likelihood of such initiatives coming to pass, or the wisdom of unilateral action by one regulator in one part of the world, but it can't be denied that the EU has previously had a significant impact on FRAND licensing, going back to its intervention in the terms of the ETSI IPR Policy itself.

Whatever is coming, it is sure to be controversial...

the system for licensing SEPs is not transparent, predictable and efficient