This browser is not actively supported anymore. For the best passle experience, we strongly recommend you upgrade your browser.
All Posts Subscribe
January 23, 2023 | 3 minutes read 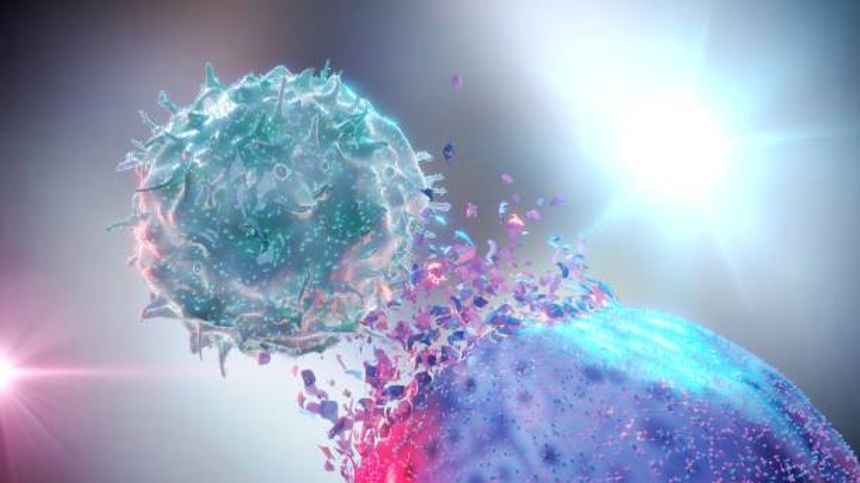 Last month, Atara Biotherapeutics’ Ebvallo was granted marketing authorisation in the EU - the first off-the-shelf T-cell immunotherapy in the world to receive marketing approval. Ebvallo is a therapy for people who have received an organ or bone marrow transplantation and then go on to develop a blood cancer called Epstein-Barr virus positive post-transplant lymphoproliferative disease (EBV+ PTLD).

The therapy works by taking T cells from a healthy donor, and mixing them with B cells from the same donor which have been infected with the Epstein-Barr virus (EBV). This ‘trains’ the T cells to recognise B cells infected with EBV. The trained T cells are then expanded in the lab and given to patients where they attack the patient’s infected B cells.

There are huge efforts currently underway to develop allogeneic, ‘off the shelf’ immunotherapies to try to overcome some of the challenges seen with the autologous CAR-T cell therapies currently on the market (where a patient's own T cells are harvested, genetically modified and grown, and then infused back into the patient). Many pre-clinical and clinical studies are underway using a number of different immune cells, including T cells and NK cells, with the aim of producing therapies that are easier and less time consuming to manufacture, ultimately less costly, and have fewer and less severe side effects.

There are an increasing number of licensing deals being done in this area and, while licence agreements do not differ hugely from licences of more traditional pharmaceutical products, there are some important things to look out for:

As more cell and gene therapies come to market, and parties start to look back at their licence agreements for guidance on milestones and royalties (and potentially have disagreements over large payments), we will no doubt see more changes to how certain clauses and definitions are typically drafted.

There are an increasing number of licensing deals being done in this area and, while licence agreements do not differ hugely from licences of more traditional pharmaceutical products, there are some important things to look out for.